Meet Stanley! This adorable Bulldog with cleft-palate is an anti-bullying advocate and is doing a great job being one.

Stanley was adopted by Deborah Pack of Edgerton, Missouri in November 2014. Deborah was supposed to adopt Stanley’s deaf brother Oliver when the lady laid her eyes on her. Stanley had a severe cleft lip dand Deborah knew she had to adopt him too. Stanley and Oliver were inseparable. Oliver kept putting his head under Stanley’s, perhaps in an effort to prop up his brother’s head as he slept so he could breathe better. Stanley, on the other hand, acts as Oliver’s ears.  Deborah knew she had to get them both as they are team – working out together to overcome their weaknesses. 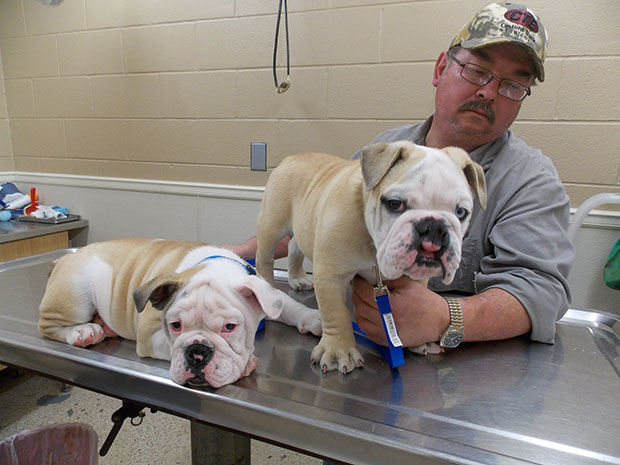 Oliver and Stanley with Dad. Stanley the English Bulldog Puppy/Facebook

During the time Deborah adopted both dogs, she was working in a preschool. She thought she can use Oliver and Stanley’s help to teach kids about acceptance, the beauty of being unique, being kind and embracing everyone instead of bullying those who are different. When it was Stanley’s turn to face the children, Deborah saw his potential to make a change in young children’s views. The youngster related to him because they could see that he is indeed different from other dogs. They also learned to love him despite being different. Less than two years later, the special Bulldog has become an advocate for acceptance and anti-bullying, especially for children.

“I told them he was born special,” Deborah told Dogster.com. “It’s OK to be different.”

Stanley was an effective mascot for the cause. Most people have never seen a dog with a cleft lip since most of them do not survive: either ending up being euthanized or dying due complications brought by their cleft palate. Raising a dog with cleft-palate is not easy but luckily, Deborah knew what she had to do when Stanley was young– feeding him using a makeup sponge by hand every day. Nowadays, Stanley does not need to be fed using a makeup sponge but because of his condition, it’s still necessary to feed him by hand. 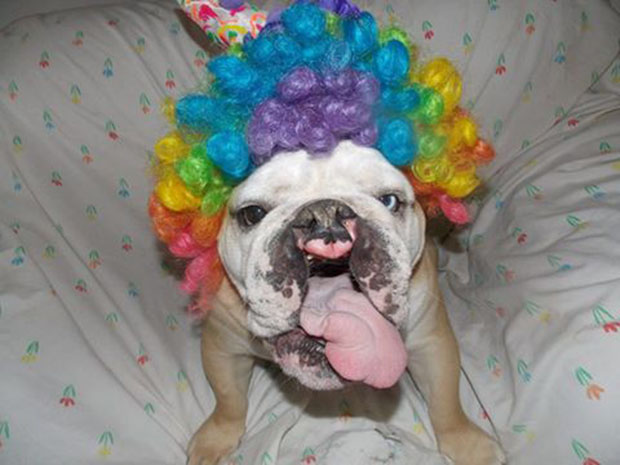 A puppy with cleft-palate can easily die from complications – usually respiratory infections since the food or milk can easily go inside the pup’s lungs. Even after surviving the critical stage, Stanley still needed intensive care. He had holes in his sinuses and teeth problems but luckily a group of Good Samaritans teamed up to get the Bulldog the help that he needs.

Deborah talked to her close-knit Midwest farming community for help. Just within three weeks, Deborah and the community raised thousands of dollars for Stanley’s surgery. But the good news did not end there. Having heard about Stanley’s anti-bullying and acceptance outreach, the veterinarian who did the operation refused to take a dime.

Soon, Stanley recovered from the surgery and later on increased his mission in life to pay the goodness forward. Aside from being his acceptance and anti-bullying advocacy, Stanley has also become the ambassador of Smile Train, a charity that helps provide cleft lip repair surgery for children.

“We wanted to help them have a smile. Like Stanley,” Deborah said.

Stanley raises funds for the charity through bake sales and kissing booths. And for every $250 the amazing Bulldog raises, one child who has cleft lip or similar conditions undergoes surgery to repair the condition.

If that’s not enough, the little Bulldog angel and his kind-hearted human hope to make him a therapy dog someday.  However, Stanley’s back legs are a somewhat deformed and that gives him trouble in passing the regular therapy dog examination. But that won’t stop Stanley and Deborah’s determination.

Deborah plans to make a move and spearhead revisions that will allow –or at the least re-consider – admission or evaluation of dogs with physical limitations to the therapy dog program. While that is still in the works, Stanley and Deborah have been spending their time doing other charitable works such as comforting homeless families who stay at homeless hotels. Many of these homeless children do experience bullying and Stanley goes there to show them that they are beautiful and amazing despite being different. 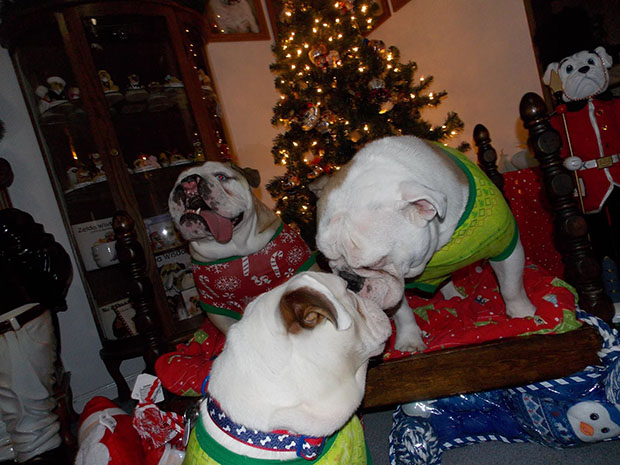 Before 2016 ended, the duo welcomed a Bulldog brother into the family. His name is Beethoven and he is deaf — just like Oliver.

Stanley has his own Facebook page, which currently has more than 2000 followers. You go, Stanley and Deborah! Your family is awesome!

Bulldog hot spots are painful and itchy areas caused by different factors. Also known as acute moist dermatitis, these hot spots suddenly show up on dog’s skin especially in areas that are prone to moisture, such as the neck, hips, and in between skin folds. Appearing as red and moist lesions, these patches often exude END_OF_DOCUMENT_TOKEN_TO_BE_REPLACED

This post is sponsored by Suchgood, however, all opinions are our own. One of the first times I took my bulldog out in public, a END_OF_DOCUMENT_TOKEN_TO_BE_REPLACED

I think we can all agree that bulldogs are some of the cutest dogs out there, and they’ve got hilarious personalities on top of that. END_OF_DOCUMENT_TOKEN_TO_BE_REPLACED