Bulldogs are prone to heart issues, bone problems, and obesity. For this reason, it is important that they get enough daily exercise no matter how much they hate it. But what kinds of Bulldog exercise can your pet have? 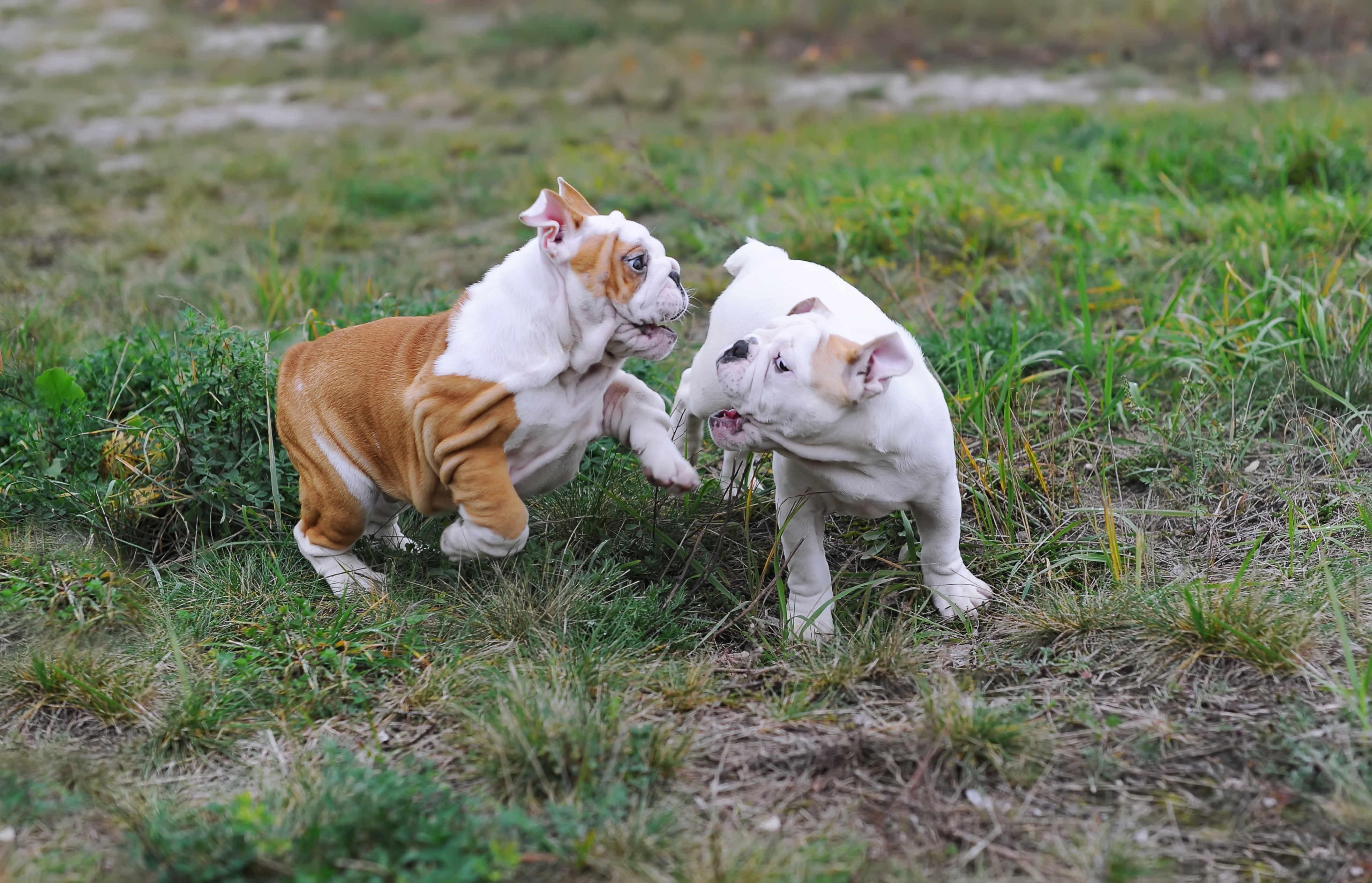 Exercise and physical activities can help prevent various health issues, including hip dysplasia, heart disease, diabetes, constipation, and heart disease, in your pet. It also improves the functioning of the brain and bone health in your dog while increasing stamina and building up his strength.

Being physically active not only promotes his physical health but also improves your Bulldog’s behavior. Your pet is less likely to chew and destroy things, do play biting, or engage excessive barking, as regular exercise provides ample stimulation and the avenue to release the pent-up energy. Being physically active also keeps your Bulldog away from separation anxiety.

Here are some types of Bulldog exercise you can let your pet do.

Irrespective of their breed, all dogs have an innate drive to explore their surroundings. To satisfy the urge they love to walk around. Make walking a part of your daily Bulldog exercise schedule to allow your dog explore his surroundings while you spend time with him.

You may also try walking him on different streets or different villages. This way, he can get to know different surroundings, people, and even other pets while having a good workout.

Make it a habit to walk your adult Bulldog 20 to 30 minutes each day to keep your Bulldog in good shape and healthy. Never overexert your Bulldog and make him walk for longer times. Doing so can increase his risk of developing elbow and hip dysplasia.

Bulldogs are crazy and despite their “lazy” reputation, many of them love playing fetch! Bulldogs love running around to chase toys and balls and this activity can help him fill his activity needs.

However, it is important not to throw a ball or any toy too far to prevent your Bulldog from running too much and too fast.

The area where you and your Bulldog play fetch may also play an important role in preventing him from developing hip dysplasia. Some studies suggest that exercising dogs – especially growing puppies –in undulating terrain lessens the risk of hip dysplasia. If you think running in areas like this would benefit your Bulldog, just make sure to throw toys or balls within short distances.

Perhaps wrestling is the most interesting Bulldog exercise. Bulldogs simply love wrestling with their fellow dogs especially when they’re young.

Wrestling does not only meet your Bulldog’s exercise requirements. It stimulates your pet’s brain and helps him bond with other dogs. This activity also teaches your Bulldog how to socialize and meet new furry friends.

Bulldog hot spots are painful and itchy areas caused by different factors. Also known as acute moist dermatitis, these hot spots suddenly show up on dog’s skin especially in areas that are prone to moisture, such as the neck, hips, and in between skin folds. Appearing as red and moist lesions, these patches often exude END_OF_DOCUMENT_TOKEN_TO_BE_REPLACED

This post is sponsored by Suchgood, however, all opinions are our own. One of the first times I took my bulldog out in public, a END_OF_DOCUMENT_TOKEN_TO_BE_REPLACED

I think we can all agree that bulldogs are some of the cutest dogs out there, and they’ve got hilarious personalities on top of that. END_OF_DOCUMENT_TOKEN_TO_BE_REPLACED