Knowing how to do CPR for Bulldogs is something you should learn. No matter how much effort we put into keeping our Bulldogs safe and away from harm, they can still get in to accidents, get choked, or drown. 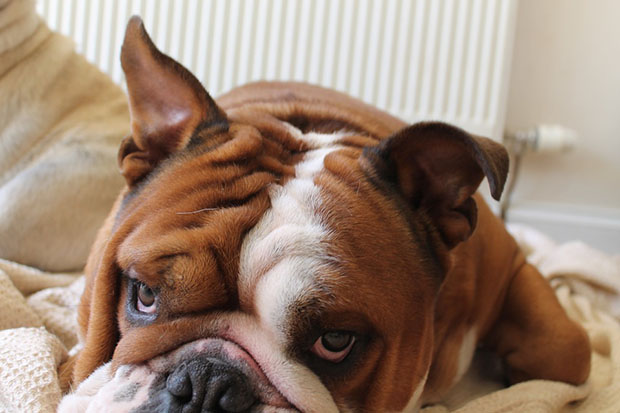 CPR stands for Cardiopulmonary Resuscitation. It is a procedure composed of chest compressions and artificial respiration that is done when an individual stops breathing and has undetectable and absent heart beat. When the dog stops breathing, this will lead the heart to go into cardiac arrest and stop beating.

Do note that doing CPR on a healthy dog can be dangerous and can cause physical problems that may result to death.  You may perform CPR on your Bulldog if he is:

Artificial Respiration during CPR for Bulldogs

Before starting artificial respiration on an unconscious Bulldog, it’s important to check the vital signs first. Rub your Bulldog and talk to him, if he’s not responsive, you may now proceed to do a CPR.

Chest Compressions during CPR for Bulldogs

If your Bulldog’s heartbeat has stopped or still remains unresponsive even with artificial respiration, then it time to perform chest compressions along with it.

I think we can all agree that bulldogs are some of the cutest dogs out there, and they’ve got hilarious personalities on top of that. That is why they need an adorable collar that’s perfect for them. It won’t just up their cuteness factor, though. Collars are also an important part of keeping our pets END_OF_DOCUMENT_TOKEN_TO_BE_REPLACED

Bulldogs are some of the kindest and relaxed dogs you can find. Don’t let their lazy demeanor fool you though, they actually love playtime. That END_OF_DOCUMENT_TOKEN_TO_BE_REPLACED

Have you ever wondered about the different bulldog types and where the originated from? Historically, “bulldog” refers to any dog that was used in the END_OF_DOCUMENT_TOKEN_TO_BE_REPLACED