Bulldogs are one of the most popular dog breeds. The courageous and loving personality traits are what make these adorable wrinkly faced dogs everyone’s favorite. Despite his gloomy mug, English bulldog is the friendliest of all breeds. Yes, these dogs can be stubborn and have some serious food possessiveness; it’s still impossible to not love this amiable breed. Here are some fascinating facts about English Bulldog Puppies you might not know

11 Things You Should Know About English Bulldog Puppies 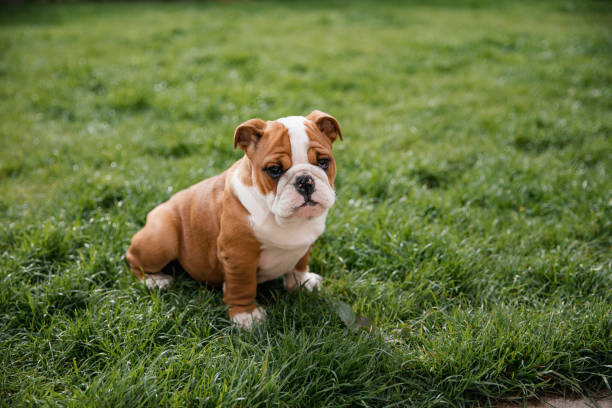 According to the American Kennel Club, English bulldog is the 5 most popular dog breed. However, it tops the list of most popular breeds in Los Angeles and New York.

Calm, friendly and courageous, this pooch is owned by many famous personalities including Leonardo DiCaprio, Reese Witherspoon, Martha Stewart, and many more!

The dogs were specially bred for the bull-baiting. As you can see from the name, they get their name from this sport too. Bull baiting was a sport of harassing tethered animals and bulldogs were forced to take part in this sport.

The broad and low stature of this breed made it a brilliant animal to harass bulls. They’d sit on the ground and wait for the perfect time. Then, they would pounce on the bull’s nose and not letting go. The bull dog’s wrinkled face and snubbed snout protected it from bull’s horn. The stout stature and under-bite made it easier for bulldogs to grab onto what they were biting. Fortunately, this blood sport was outlawed in the 19th century.

They Changed After The Bull-Baiting Ban

For bull-baiting, bulldogs had to be athletic and ferocious. But after England banned the bull-baiting, the breed has drastically changed since they were no longer needed for the original purpose.

They were bred to be much friendlier and smaller and became companion animals. Earlier they were known for their aggressive and tenacious behavior, but now they are the most loyal and lovable dogs.

Once England banned the bull baiting, bulldogs usefulness suddenly came to an end. Their days were numbered, but thanks to this breed’s lovers who saw potential in these adorable dogs. Dog lovers decided to breed out the ferocious qualities. Fanciers bred these dogs to have kinder and gentler demeanor. Some bulldogs were sent to Germany and USA to work as herding dogs while some stayed back in England as companions.

English Bulldog puppies and full grown bulldogs have a little trouble maneuvering in the water because of their big heads and tiny backsides. English bulldogs are also considered brachycephalic dogs that make them ill-suited for water. They can drown if they ever attempt to swim.

So, don’t ever throw your bulldog in the pool. Their short, stocky and broad body cannot handle it.

Despite their fear of water, bulldogs need to keep cool all the time. The breed is sensitive to heat and thrives best in temperate climates. They sometimes overheat and have breathing difficulty, but they relax easily in chilled temperatures.

Having such large heads and small birth canals precludes pups from being delivered naturally. Most of the English bulldog puppies are delivered by C-section because natural birth can cause injury or lead to death. Also, bulldogs have difficulty in conceiving as males have a hard time reaching females. So, to keep the bulldogs away from physical stress, breeders often decide on artificial insemination.

Bulldogs Are Self-Sufficient And Affectionate

Despite their stubborn nature, bulldogs are independent and determined. They are problem solvers and can solve them without taking guidance from their owners. Bulldogs are very affectionate and form a strong bond with kids, which make them a perfect pick for families. However, you need to train them consistently as they can be stubborn and dominating. 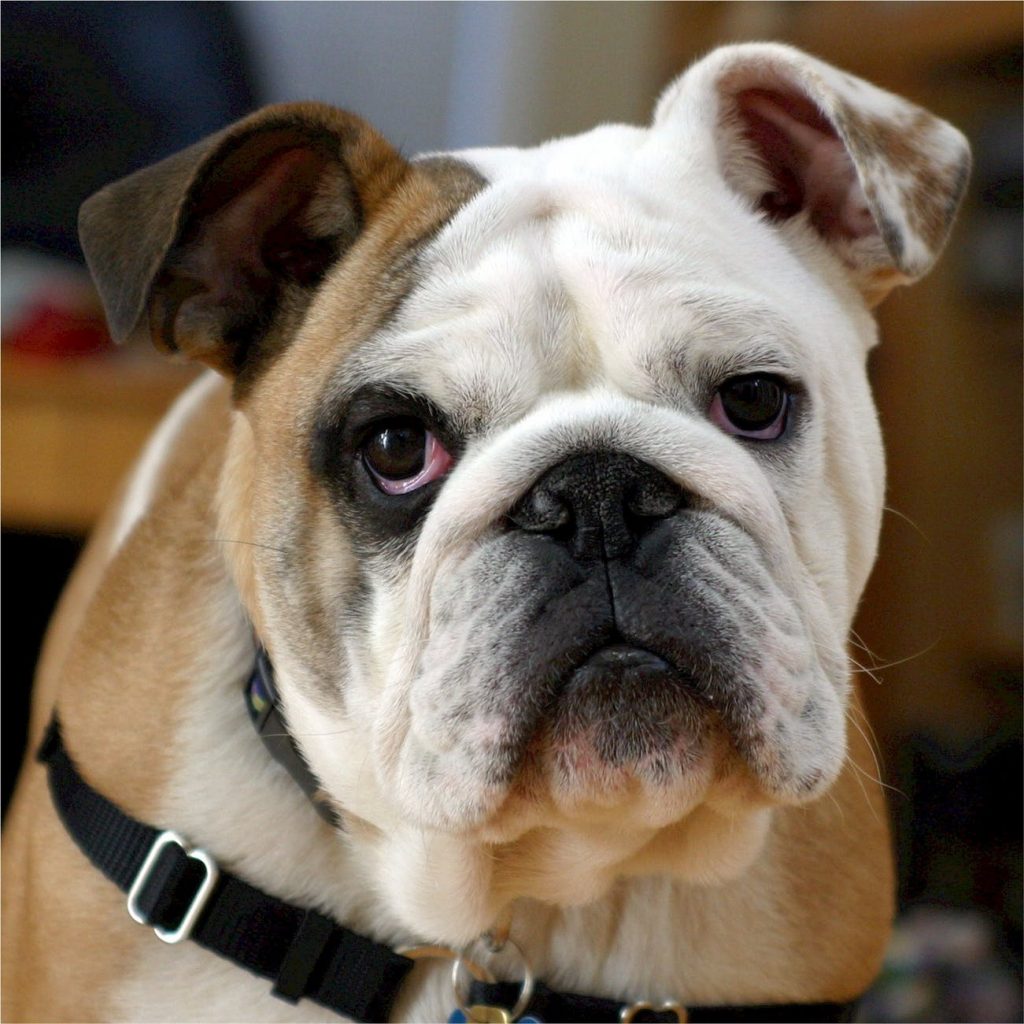 They are super friendly with family pets but can be wary around strange dogs. And, bulldogs are extremely social dogs. No matter if you are a human or a dog, they will try to befriend you.

Along with their loving nature, English bulldogs are also suited for the night shift guarding the house.

Bulldog puppies were specially bred for wrinkles as these prevent blood that flew during bull baiting from getting into dog’s eyes. Their cute eyes and wrinkly face is what makes this breed adorable and stand out from the crowd. However, these wrinkles need to be cleaned and wiped regularly to avoid infections. 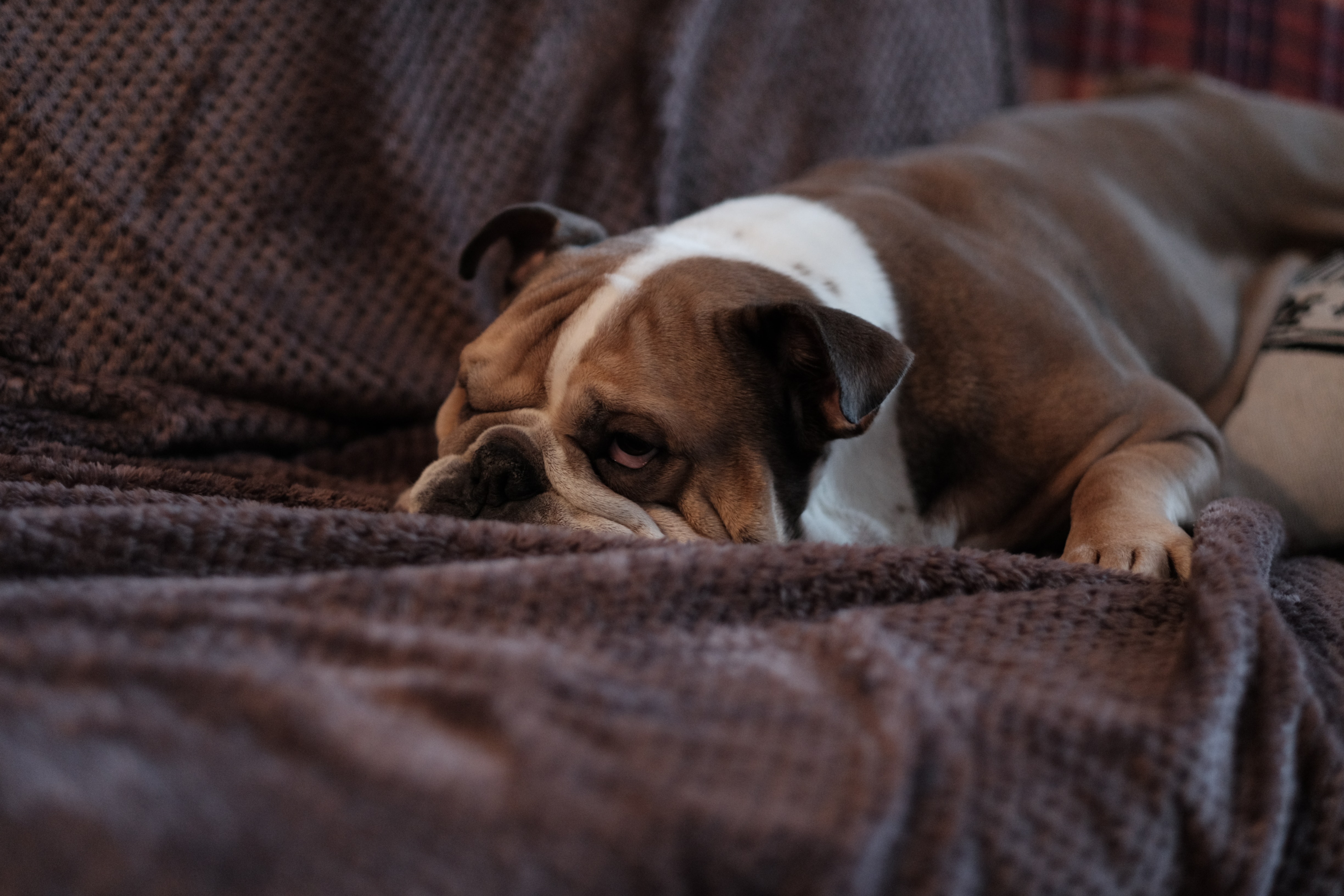 English bulldogs puppies and grown bulldogs are not considered the most active breed. But, they do have a hidden talent. They are skateboarders! Many bulldogs have gained popularity over the time for their skateboarding abilities.

Otto, a three-year-old bulldog, is a skateboarding sensation. He has his name written in the Guinness World Record for “Longest Human Tunnel Traveled by a Skateboarding Dog.” Otto zipped between the legs of 30 people who stood in straight line on his skateboard. 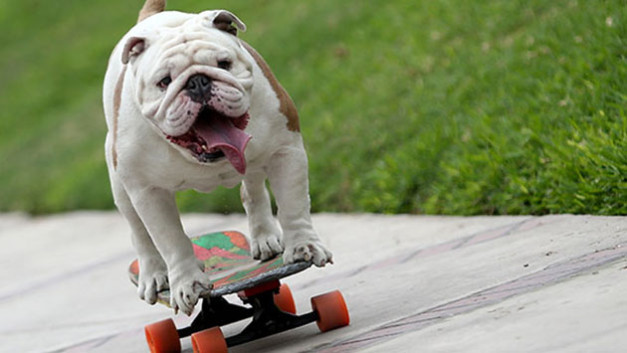 English bulldogs make great mascots. Some refer bulldogs as cute and cuddle whereas some consider them sturdy and powerful, but we love to call them mascot. Nearly 40 universities in the USA have named their sports teams after this breed.

Ending note: Bulldogs are dearly loved around the world, but we bet you are equally amazed by these facts. Bulldogs are undoubtedly the most adorable pet you can get for your home. Also, for us bulldog owners we know that they are forever babies. Despite their stubborn nature, they hardly get into any trouble. This cute, cuddly dog loves to relax and chill. If you have a crazy and stressful life and want to chill out, a bulldog will be an excellent pick for you. The calm, laid back and gentle nature of the dog has the same effect on their surroundings.

The Blue French Bulldog, 12 things you did not know about this amazing dog

Bulldog hot spots are painful and itchy areas caused by different factors. Also known as acute moist dermatitis, these hot spots suddenly show up on dog’s skin especially in areas that are prone to moisture, such as the neck, hips, and in between skin folds. Appearing as red and moist lesions, these patches often exude END_OF_DOCUMENT_TOKEN_TO_BE_REPLACED

This post is sponsored by Suchgood, however, all opinions are our own. One of the first times I took my bulldog out in public, a END_OF_DOCUMENT_TOKEN_TO_BE_REPLACED

I think we can all agree that bulldogs are some of the cutest dogs out there, and they’ve got hilarious personalities on top of that. END_OF_DOCUMENT_TOKEN_TO_BE_REPLACED