Neutering dogs have been very common decision among dog owners who wish to keep their male dogs healthy while making their contribution in stopping pet overpopulation. 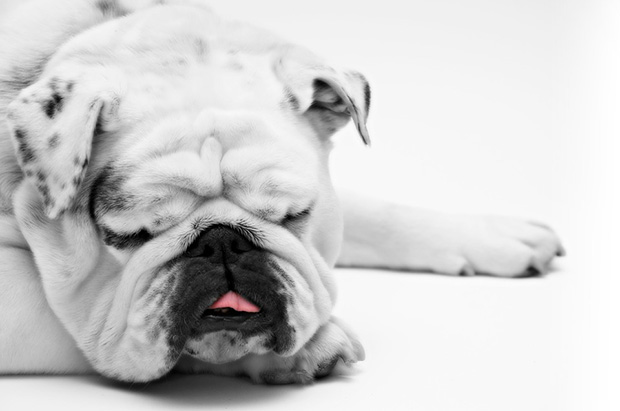 While neutering dogs seems very ideal because of its benefits to the health and animal welfare, it’s always best to weigh its pros and cons.

Neutering is also known as castration, fixing, or sterilization but is medically known as anorchiectomy. This is a medical procedure done to remove the testicles of a male dog or cat surgically.

The testicles of the male dog are the primary source of testosterone in the body. The adrenal glands also produce this hormone but in smaller quantities. You may have probably heard that having your Bulldog neutered comes with health and behavioral benefits. While most of these are true, there are also downsides to it, and that’s what we’re going to discuss in this post.

Benefits of Neutering Your Bulldog

Aggression and dominance may come instinctively to some Bulldogs. These behaviors have been bred out over time, but some may still retain the tendency to be aggressive. If your Bulldog has aggression tendencies, then neutering may help him calm down.

Testosterone can cause aggression in both dogs and humans. By having your Bulldog neutered and have the primary source of testosterone removed, which is the testicles, you will be able to help your Bulldog tone the aggression down or completely remove it. The difference in behavior can be seen within 2 weeks to 6 months after the procedure.

Marking is a behavior caused by testosterone. The hormone urges male dogs to compete with other male dogs by marking “his” territories. By having your Bulldog’s testicles removed, you are stopping him from marking. But still, male dogs may still lift their legs when they pee.

When a dog tries to hump you, other dogs, or objects, he is either trying to mate or establishing dominance — another behavior that is caused by testosterone. By having your Bulldog neutered, you can stop him from humping and mounting on you, other people and dogs.

Reduces Risk of Testicular Cancer and other Testosterone-Induced Diseases

Dogs are beautiful no matter what they look like. But if you are planning to breed in the future, you must know that breeding dogs with inferior genetic traits are a no-no as this will increase the chance of the future offspring to inherit abnormalities and other congenital diseases.  Before breeding, responsible breeders make sure they have their dogs health-screened to make sure they are free from diseases and genetic conditions such as Hip Dysplasia, Elbow Dysplasia, and more.

Yes, there are just too many dogs, and there are not enough loving homes to accommodate them all. Neutering your Bulldog may not directly help strays and shelter dogs, but it does help prevent him from impregnating other dogs. By not contributing to the increasing number of the dog population, you are already helping other dogs in need.

Read: Training Your Bulldog Puppy To Pee Outside

Cons of Neutering Your Bulldog

Bulldogs are chunky by nature. And by having them neutered, there is a chance that his metabolic rate will slow down, thus making him even more prone to obesity.

According to studies, neutered dogs need about 25% fewer calories compared to intact dogs to maintain ahealthy weight. This means that you should adjust your Bulldog’s diet in case you have him neutered.

No More Passing of Traits – Whether Genetically Desirable Or Not

One you have your Bulldog neutered, you can no longer breed him anymore. Whatever desirable trait he has, he can no longer pass it to future offspring – simply because he will no longer have one! This shouldn’t be a problem if you do not have plans to breed your Bulldog.

When having your Bulldog neutered, it is important to have it done at the right time. Generally, some veterinarians recommend having dogs neutered as early as six months. However, this age could be too young especially for bigger dog breeds such as German Shepherds and Labrador Retrievers, according to researchers.

Some veterinarians recommend that big dogs should wait until they reach two-years-old before they get neutered. Hormones play a vital role in the growth of dogs so cutting the main source of testosterone in the body may just affect the development of his bones and body.  In fact, the study led by Professor Emeritus Benjamin Hart at the University of California-Davis found that early neutering caused health problems in German Shepherds – especially joint and bone disorders.

Bulldog hot spots are painful and itchy areas caused by different factors. Also known as acute moist dermatitis, these hot spots suddenly show up on dog’s skin especially in areas that are prone to moisture, such as the neck, hips, and in between skin folds. Appearing as red and moist lesions, these patches often exude END_OF_DOCUMENT_TOKEN_TO_BE_REPLACED

This post is sponsored by Suchgood, however, all opinions are our own. One of the first times I took my bulldog out in public, a END_OF_DOCUMENT_TOKEN_TO_BE_REPLACED

I think we can all agree that bulldogs are some of the cutest dogs out there, and they’ve got hilarious personalities on top of that. END_OF_DOCUMENT_TOKEN_TO_BE_REPLACED