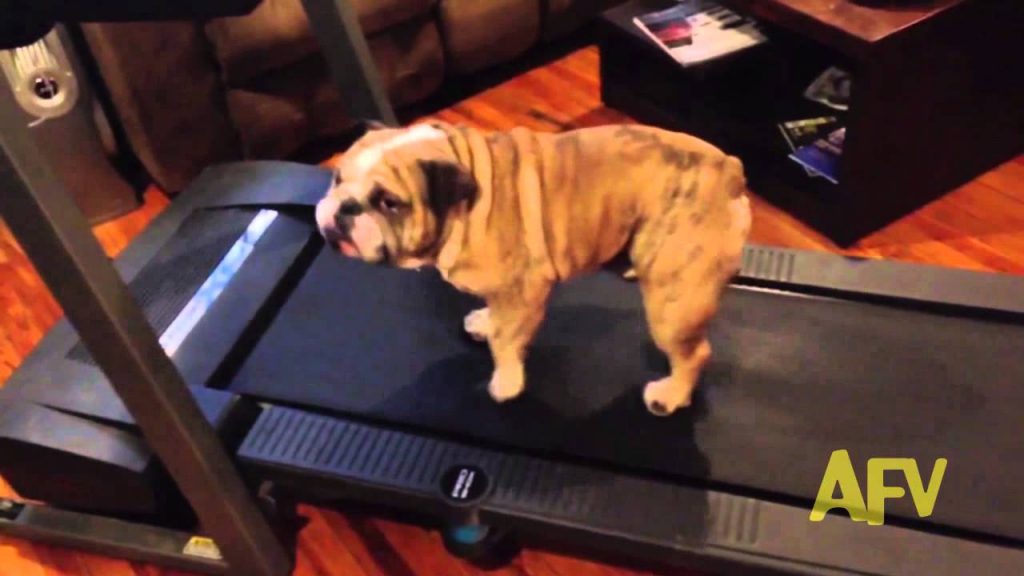 Have you ever had those days when exercising just is not the most exciting thing to do? Well, this bulldog gets you perfectly. In this hilarious video, a dog owner tries to get his bulldog to exercise by putting him on a treadmill. Initially, the poor dog obliges. But after a few steps, he tries to get off the machine. However, his owner is persistent and does not fail to remind him to continue. Our favorite part is when the little bulldog sits on the machine and looks up at his owner, as if pleading her to let him off the treadmill already. This video is adorable to watch. Watch it here: https://www.youtube.com/watch?v=5SsX_kAaZpw See the Bulldog’s other, more adorable side by watching these videos. ... END_OF_DOCUMENT_TOKEN_TO_BE_REPLACED

I think we can all agree that bulldogs are some of the cutest dogs out there, and they’ve got hilarious personalities on top of that. That is why they need an adorable collar that’s perfect for them. It won’t just up their cuteness factor, though. Collars are also an important part of keeping our pets END_OF_DOCUMENT_TOKEN_TO_BE_REPLACED

Bulldogs are some of the kindest and relaxed dogs you can find. Don’t let their lazy demeanor fool you though, they actually love playtime. That END_OF_DOCUMENT_TOKEN_TO_BE_REPLACED

Have you ever wondered about the different bulldog types and where the originated from? Historically, “bulldog” refers to any dog that was used in the END_OF_DOCUMENT_TOKEN_TO_BE_REPLACED