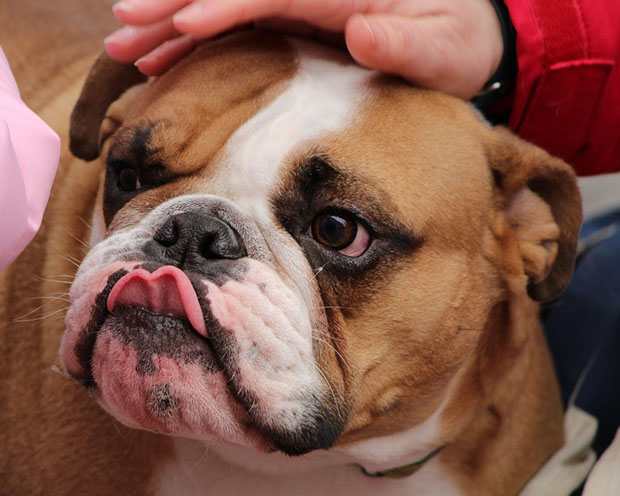 On Monday, an English Bulldog died after being left inside her owner's car. According to the police, 5-year-old Bulldog Penny passed away after her owners stopped for dinner in Beverly, Massachusetts. Beverly police officer April Clarizia was on duty at the North Beverly Plaza when she saw a man and a woman frantically holding a dog outside Panera Bread. She offered the couple some help. She performed CPR on the Bulldog for several minutes but sadly, Penny passed away despite all their efforts. Penny's owner Russell Blanton, his sister, and their mother were returning from a weekend trip to New Hampshire when they stopped to have dinner at Not Your Average Joe's, The Salem News reports. Blanton told the police that his beloved Bulldog was fine and in good shape during the ... END_OF_DOCUMENT_TOKEN_TO_BE_REPLACED 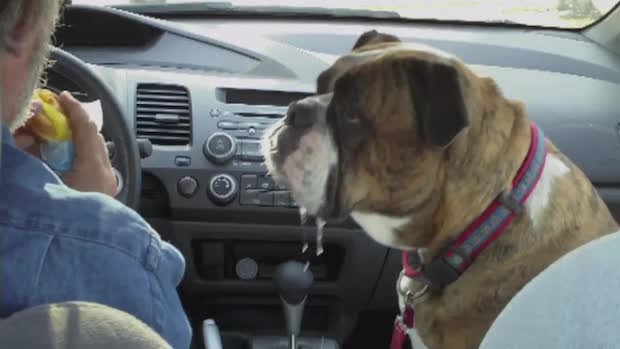 https://www.youtube.com/watch?v=16cTYv_0o4o Watch as this hilarious Bulldog drools over dad's cheeseburger! Bulldogs have been known as notorious droolers. Not all Bulldogs are slobbery but some of them drool -- a lot. In this video, one female Bulldog is caught in a mouth-watering situation with dad. The Bulldog is sitting in the car with his dad, who's holding a cheeseburger sandwich in his hands. She wants a bite. No, perhaps she wants the whole sandwich to herself. The Bully tries to makes her puppy dog eyes work but no to avail. Dad just keeps teasing her and her saliva just keeps flowing from her mouth. Poor girl. Daddy, perhaps you can give her some treats instead? See more Bulldog videos here. ... END_OF_DOCUMENT_TOKEN_TO_BE_REPLACED

I think we can all agree that bulldogs are some of the cutest dogs out there, and they’ve got hilarious personalities on top of that. That is why they need an adorable collar that’s perfect for them. It won’t just up their cuteness factor, though. Collars are also an important part of keeping our pets END_OF_DOCUMENT_TOKEN_TO_BE_REPLACED

Bulldogs are some of the kindest and relaxed dogs you can find. Don’t let their lazy demeanor fool you though, they actually love playtime. That END_OF_DOCUMENT_TOKEN_TO_BE_REPLACED

Have you ever wondered about the different bulldog types and where the originated from? Historically, “bulldog” refers to any dog that was used in the END_OF_DOCUMENT_TOKEN_TO_BE_REPLACED