Teaching your Bulldog the Look command helps you establish yourself as the leader. This motivates your Bulldog to focus on you and ignore distractions. 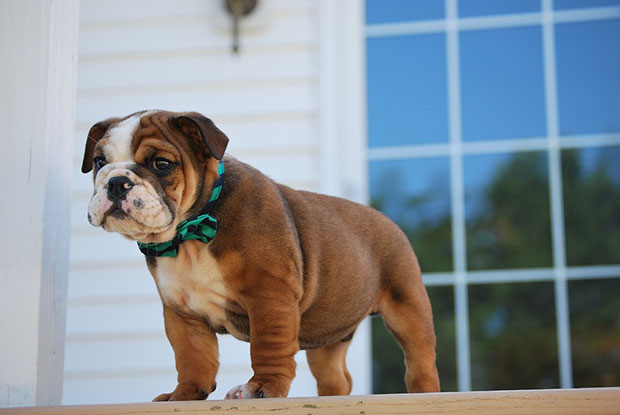 When teaching your Bulldog the Look Command, it is important to have treats and a clicker. Also, it’s best to look for a quiet room or area, in the beginning, to make sure Bulldog can focus on you.

Steps in Teaching Your Bulldog the Look Command

Do not forget to practice until your Bulldog finally obeys the Look Command.

Read: Teaching your Bulldog the Off Command

If your Bulldog is still young and he still does not know his name, you may still teach him the Look Command by doing the following steps:

Once you are confident with your Bulldog’s obedience and ability to obey the Look Command, you may start practicing in places where there are distractions. Just make sure that the place is secure – enclosed or fenced – to make sure your Bulldog does not run off when he gets distracted.

Also, remember that some dogs – especially puppies and rescue dogs – can get uncomfortable with prolonged eye contact so just start with only a few seconds of staring. Then, gradually increase the time of eye contact. You can break off the eye contact be telling your Bulldog “Okay” and looking away.

Bulldog hot spots are painful and itchy areas caused by different factors. Also known as acute moist dermatitis, these hot spots suddenly show up on dog’s skin especially in areas that are prone to moisture, such as the neck, hips, and in between skin folds. Appearing as red and moist lesions, these patches often exude END_OF_DOCUMENT_TOKEN_TO_BE_REPLACED

This post is sponsored by Suchgood, however, all opinions are our own. One of the first times I took my bulldog out in public, a END_OF_DOCUMENT_TOKEN_TO_BE_REPLACED

I think we can all agree that bulldogs are some of the cutest dogs out there, and they’ve got hilarious personalities on top of that. END_OF_DOCUMENT_TOKEN_TO_BE_REPLACED