Teaching your Bulldog the Off command can be very helpful, especially when house training. Dogs do like jumping on random pieces of furniture, people, and whatever sturdy piece they can put their paws on. Even if your Bulldog pup does not display this issue right now, chances are he or she will get into it in the future. 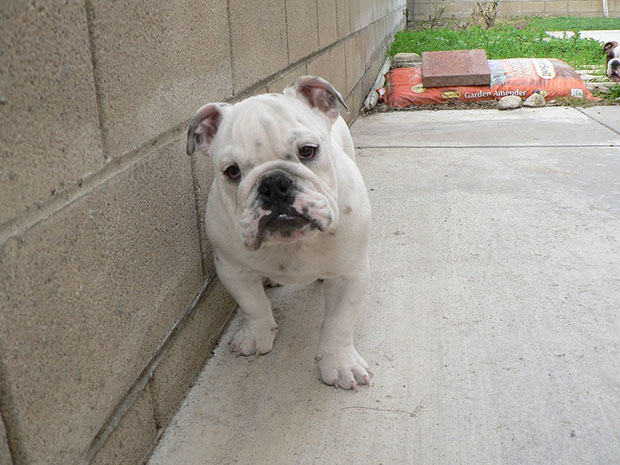 3 Ways To Teach Your Bulldog the Off Command

Use the Sit Command

Before teaching your Bulldog the Off Command, it is important to teach her or him the Sit Command first. If your Bulldog knows how to do sit on command, then you can proceed.

Teaching Your Bulldog the Off Command Using Your Knee

This way of teaching the Off Command may not be for everyone as this technique will require you to balance. If not done correctly, you and your Bulldog could get hurt. Nevertheless, this technique is an alternative way to teach your Bulldog the Off command especially if you are having trouble in succeeding in the other approaches.

However, if you choose to this technique, it is very important to be very careful to avoid hurting yourself or your Bulldog.

Read: How to Train Your Bulldog: The Tricks You Can Teach

Use a Leash to Stop Your Bulldog from Jumping

For this technique you will need a leash and a harness. Do not attempt to try this method using a collar as the pulling may hurt your Bulldog’s neck. To teach your Bulldog the Off Command using this method, do the following:

Remember not to push your Bulldog with your hands when he jumps. Practice this method for days until your Bulldog finally learns the command fully.

Whether you choose to use the Sit Command, the leash, or your knee in teaching your Bulldog the Off Command, it is important to never push him or her with your hands. This action will only confuse your Bulldog and may lead him to think of it as encouragement. Also, remember to reward your Bulldog every time he gets its right.

I think we can all agree that bulldogs are some of the cutest dogs out there, and they’ve got hilarious personalities on top of that. That is why they need an adorable collar that’s perfect for them. It won’t just up their cuteness factor, though. Collars are also an important part of keeping our pets END_OF_DOCUMENT_TOKEN_TO_BE_REPLACED

Bulldogs are some of the kindest and relaxed dogs you can find. Don’t let their lazy demeanor fool you though, they actually love playtime. That END_OF_DOCUMENT_TOKEN_TO_BE_REPLACED

Have you ever wondered about the different bulldog types and where the originated from? Historically, “bulldog” refers to any dog that was used in the END_OF_DOCUMENT_TOKEN_TO_BE_REPLACED