Sit is perhaps the easiest command you can teach your Bulldog. The Sit Command is the most common trick owners ask their dogs, because it is the easiest to teach. 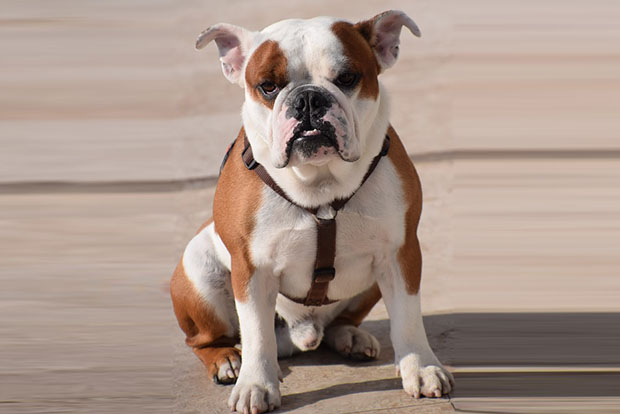 Make sure to do your initial training sessions in a quiet place, where there is no distraction. Prepare treats to award your Bulldog every time he does something right.

Training your Bulldog to sit from a standing position

This technique is the most common and easiest way to teach your Bulldog to sit on command.

Remember, practice makes perfect. It is necessary to repeat the process every now and then to make his brain realize that sitting on command is equal to receiving a treat. Repeat this technique until your Bulldog fully learns the command and treats are no longer needed for him to do the command

Read: Teaching your Bulldog the Off Command

Teaching your Bulldog to sit from a down position

This technique is somehow the opposite of the first one and is the least common way to teach dogs to sit on command. But since different dogs learn in different ways, we feel it’s necessary to include this method in the list. Here’s how to teach your Bulldog to sit from a down or lying position.

Again, practice makes perfect so training him as often and as consistently as you could should help him pick up the command and associate it with reward.

This another method you can use to teach your Bulldog to sit on command. This method is all about proper timing. All you have to do is say “Sit” just before your Bulldog positions himself to sit and give him a reward after. By doing this, your Bulldog will associate sitting with the command and the reward.

Bulldog hot spots are painful and itchy areas caused by different factors. Also known as acute moist dermatitis, these hot spots suddenly show up on dog’s skin especially in areas that are prone to moisture, such as the neck, hips, and in between skin folds. Appearing as red and moist lesions, these patches often exude END_OF_DOCUMENT_TOKEN_TO_BE_REPLACED

This post is sponsored by Suchgood, however, all opinions are our own. One of the first times I took my bulldog out in public, a END_OF_DOCUMENT_TOKEN_TO_BE_REPLACED

I think we can all agree that bulldogs are some of the cutest dogs out there, and they’ve got hilarious personalities on top of that. END_OF_DOCUMENT_TOKEN_TO_BE_REPLACED