Have you ever heard of Bulldog Water Puppies? Dog lovers rarely talk about water puppies despite being common. 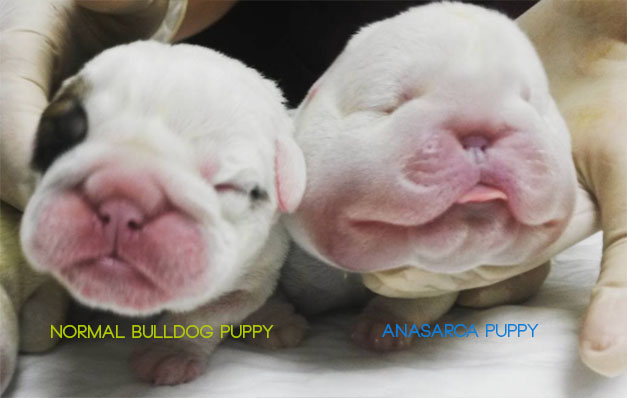 Water Puppies or Walrus Puppies are suffering from Water Puppy Syndrome or Anasarca. This is a potentially fatal condition that is commonly found in short-nosed dog breeds such as Bulldogs, French Bulldogs, Boston Terrier, Pugs, and more but it has also been seen in other dog breeds such a Labrador Retrievers and Yorkshire Terriers.

Water Puppy Syndrome can affect only one or two puppies, or even the entire litter. These puppies are born suffering from Edema –an abnormal accumulation of serous fluid in different organs, cavities or body tissues. Water puppies can be 2 to 4 times larger than normal pups in the litter. Water puppies can become so big they can block their mother’s canal – prohibiting her from giving birth naturally. 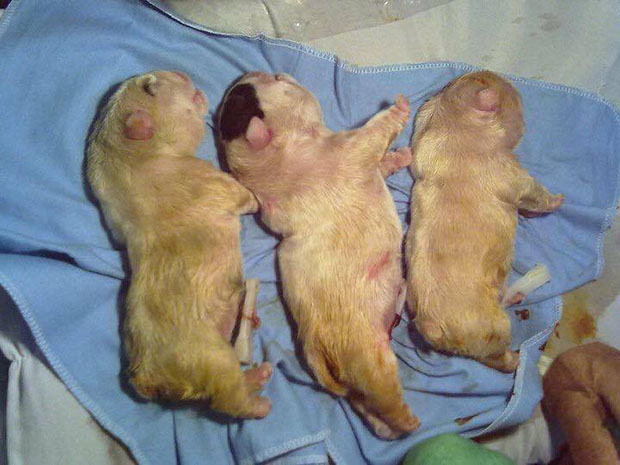 Most of the time, Water Puppies are born through C-section. Sadly, most of them immediately pass away or are stillborn. Water Puppies who are born alive may be categorized as mild, medium or severely affected.

Puppies born with Water Puppy Syndrome are also found to be suffering from a combination of vertebral column defects and other abnormalities like cleft palates.

The real cause of Water Puppy Syndrome is still not known but there have been a few theories including:

Some dog owners think that drinking too much water also causes the condition but it’s completely false. In fact, pregnant dogs need plenty of water because the amniotic fluid changes constantly.

Signs your Bulldog is going to have Water Puppies

There is no surefire way to tell if your Bulldog is going to have water puppies. But here are some signs to watch out for:

Some dog owners think that an x-ray of the pregnant dam’s belly can reflect Water Puppies, but this is wrong since a Water Puppy’s weight is mostly fluid. An ultrasound is thought to be a better tool to detect these Water Puppies.

Read: The Lifespan of a Bulldog and How to Ensure Your Dog Reaches Its Maximum Age

During whelping, it is highly important to call – or take your dam to—the veterinarian if she’s having contractions for two hours or more while pushing out a single puppy, especially after one or more puppies have already been delivered. 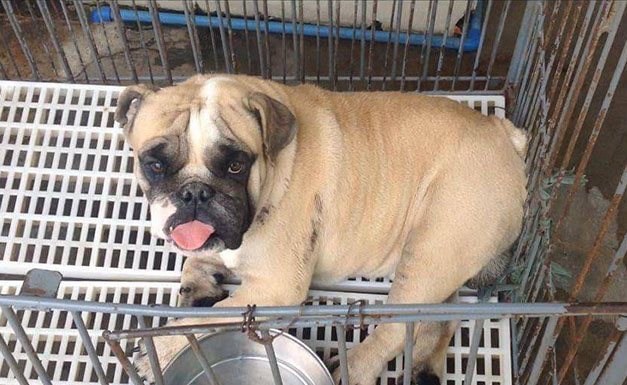 One of the surviving Anasarca puppies Toto took care of. He is now 3 years old.  Photo by: Toto Guito

A case report about a 3-year-old English Bulldog who gave birth to Anasarca puppies was also published in the Pakistan Veterinary Journal in 2014. The report written by Dr. Constanza Bini et al.  revealed that after monitoring the Bulldog’s pregnancy through regular ultrasound, they were able to detect the unusual mass of one of the Bulldog’s three pups. But after performing a C-section on the 55th day of pregnancy, they found out that two of the Bulldog puppies have different degrees of subcutaneous edema. Unfortunately, the first and biggest puppy they took out was dead. The second puppy, a male Bulldog, was suffering from mild Anasarca and fortunately survived after performing a series of treatments. The third Bulldog was a normal and healthy pup.

Despite managing to live, Bulldog Water Puppy survivors are recommended to be neutered or spayed and spared from breeding.

How to help Bulldog Water Puppies?

There is no sure way to treat and save an Anasarca from death. But veterinarians have been performing a series of procedures to help Anasarca or Water puppies.

Water Puppies must be given treatment as soon as possible. First, elevate the puppy’s head and extend his neck to clear his airway. Then, stimulate his genitalia to encourage him to urinate. 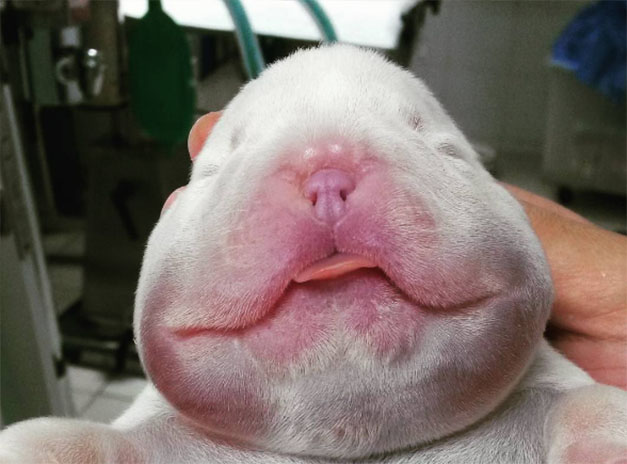 Some veterinarians including Dr. Bini have been using Lasix, a brand name of the chemical furosemide. This chemical is a diuretic-saluretic, which slows down the re-absorption of sodium. Furosemide must be given immediately intravenously or intramuscularly to the puppy after birth. The administration of Furosemide can be done again every 30 to 45 minutes. But never do this more than three times as it can cause dehydration.

Stimulating the pups to pee is also important and must be done every two to three minutes. The vet can also use elastic bandages gently wrapped around the pups to help push out fluid.

Mildly-affected Water Puppies can take 1 to 2 hours to breathe normally while moderately-affected water pups take longer — about one and a half hours to four hours – to breathe normally. Severely affected water puppies are very difficult to save and they drown from the fluids and die just within 30 minutes after birth. Severely-affected Water Puppies are known to split in half the abdomen just from handling.

How to prevent your Bulldog from having water babies

Since the real cause of this condition is still not known, there is no surefire way to prevent it. However, veterinarians and experts recommend the following:

How to Participate in Anasarca Research

Bulldog owners and breeders are encouraged to participate in genetic research to identify and determine a marker for Anasarca. The researchers of the study are requesting DNA samples from affected puppies and parents who produced Anasarca or Water Puppies.

This research is being conducted at the University of Illinois. If you wish to be involved with the study, you may contact Dr. Michael at mwhughes@usc.edu.

Bulldog hot spots are painful and itchy areas caused by different factors. Also known as acute moist dermatitis, these hot spots suddenly show up on dog’s skin especially in areas that are prone to moisture, such as the neck, hips, and in between skin folds. Appearing as red and moist lesions, these patches often exude END_OF_DOCUMENT_TOKEN_TO_BE_REPLACED

This post is sponsored by Suchgood, however, all opinions are our own. One of the first times I took my bulldog out in public, a END_OF_DOCUMENT_TOKEN_TO_BE_REPLACED

I think we can all agree that bulldogs are some of the cutest dogs out there, and they’ve got hilarious personalities on top of that. END_OF_DOCUMENT_TOKEN_TO_BE_REPLACED