We love Bulldogs the way they are – their looks and peculiarities included. But why do Bulldogs drool?

If there’s anything Bulldogs are known for – aside from farting – it’s their slobber. And it can get pretty sticky.

Why do Bulldogs drool?

Bulldogs drool mainly because of genetics – particularly the form of their skull. 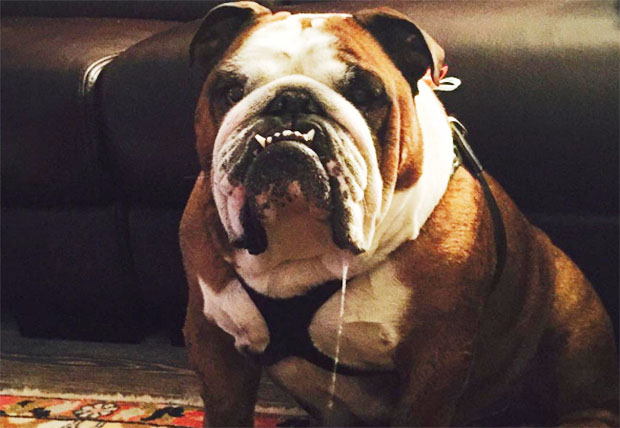 Check your Bulldog’s bite and see how your dog’s lips rest. The lack of seal in a Bulldog’s bite is mainly – and usually—caused by their under-bite. And of course, when your dog’s mouth is not closed totally, it’s only natural for their saliva to roll down their chin.

The Bulldog’s flews, or the upper lip that hang down their chins, make the meal times and drinking moments a slobbery affair.

On what occasions do Bulldogs drool?

Not all Bulldogs don’t just walk about and drool all day but most of them do after doing some things that stimulate being slobbery and here are some:

How to stop my Bulldog from drooling? 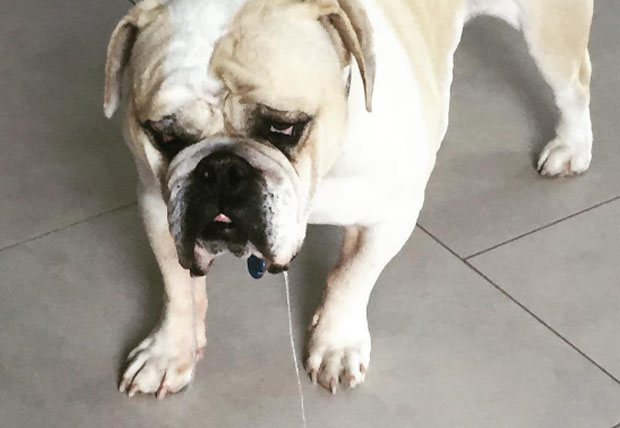 You can’t. You can’t stop your Bulldog from drooling totally but there are ways to minimize it and prevent slobber from getting on to your furniture and here are some:

Should I be concerned if my Bulldog drools so much?

Slobbering and the production of saliva is actually healthy for digestion. While it is pretty normal for Bulldogs to drool, excessive drooling is something to be concerned about and here are some of its causes:

The drool and slobber are parts of owning a Bulldog. While it’s a bit messy to deal with, we believe it’s part of the Bulldog charm!

I think we can all agree that bulldogs are some of the cutest dogs out there, and they’ve got hilarious personalities on top of that. That is why they need an adorable collar that’s perfect for them. It won’t just up their cuteness factor, though. Collars are also an important part of keeping our pets END_OF_DOCUMENT_TOKEN_TO_BE_REPLACED

Bulldogs are some of the kindest and relaxed dogs you can find. Don’t let their lazy demeanor fool you though, they actually love playtime. That END_OF_DOCUMENT_TOKEN_TO_BE_REPLACED

Have you ever wondered about the different bulldog types and where the originated from? Historically, “bulldog” refers to any dog that was used in the END_OF_DOCUMENT_TOKEN_TO_BE_REPLACED