Zsa Zsa an English Bulldog crowned as the World’s Ugliest dog passed away on Tuesday, July 10. The 9-year-old English bulldog from Anoka, Minnesota had an unusual yet adorable features. She had this lolling tongue, a very prominent underbite and  penchant for Slim Jims. 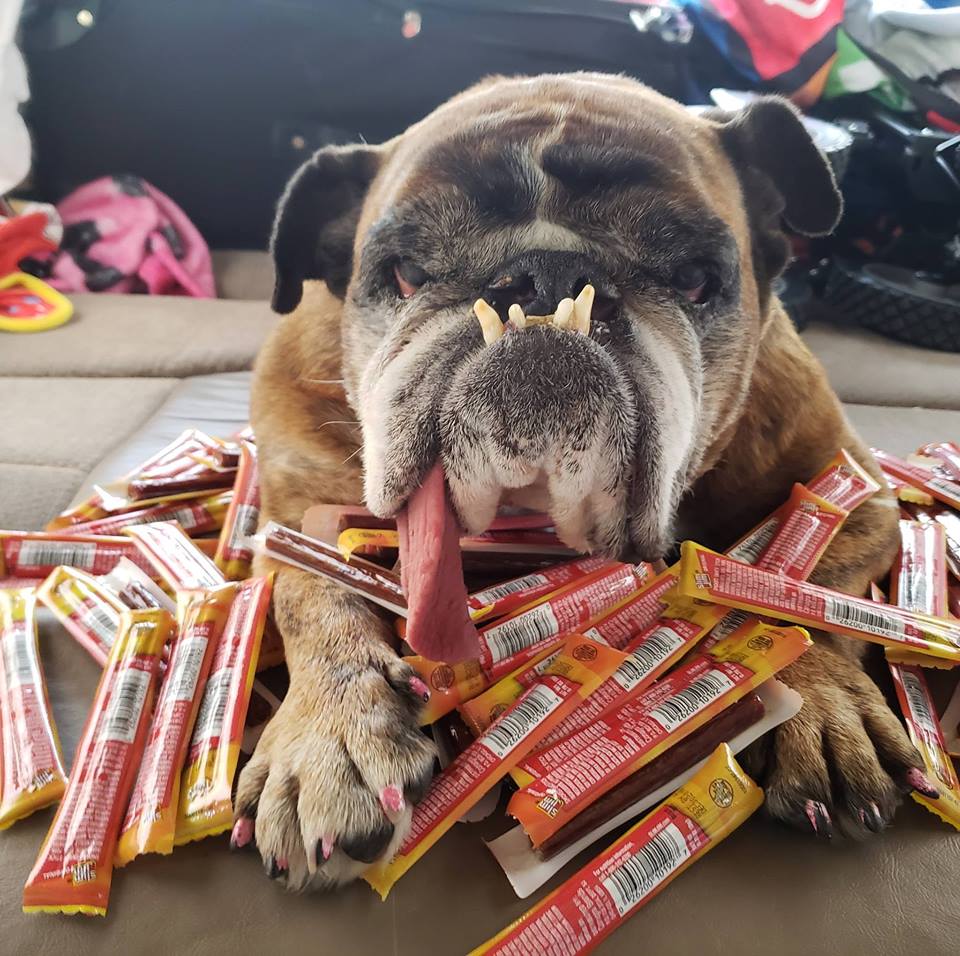 Some of these features may make some non-dog loving people frown but it was her uniqueness that earned her the title World’s Ugliest Dog last month. Not only did her milestone earned her popularity, it also raise awareness to the plight of many dogs who live in deplorable conditions in puppy mills.

Megan also shared that during the World’s Ugliest Dog contest, Zsa Zsa sneezed at and was drooling all over the judges. She was enjoying munching on a part of a Slim Jim. She also wore pink manicure.

According to her owner, Megan Brainard, Zsa Zsa passed away in her sleep. Megan shared that the Bulldog had not been suffering from any disease or condition. Zsa Zsa is believed to have passed away due to old age considering that the average life expectancy of Bulldogs is around 8 to 10 years.

Rest in peace, Zsa Zsa. You will forever be loved and missed!

Bulldog hot spots are painful and itchy areas caused by different factors. Also known as acute moist dermatitis, these hot spots suddenly show up on dog’s skin especially in areas that are prone to moisture, such as the neck, hips, and in between skin folds. Appearing as red and moist lesions, these patches often exude END_OF_DOCUMENT_TOKEN_TO_BE_REPLACED

This post is sponsored by Suchgood, however, all opinions are our own. One of the first times I took my bulldog out in public, a END_OF_DOCUMENT_TOKEN_TO_BE_REPLACED

I think we can all agree that bulldogs are some of the cutest dogs out there, and they’ve got hilarious personalities on top of that. END_OF_DOCUMENT_TOKEN_TO_BE_REPLACED