The English Bulldog served as the mascot for the Yale University Athletics for the last nine years. Handsome Dan XVII, or Sherman in real life, was 9 years old. 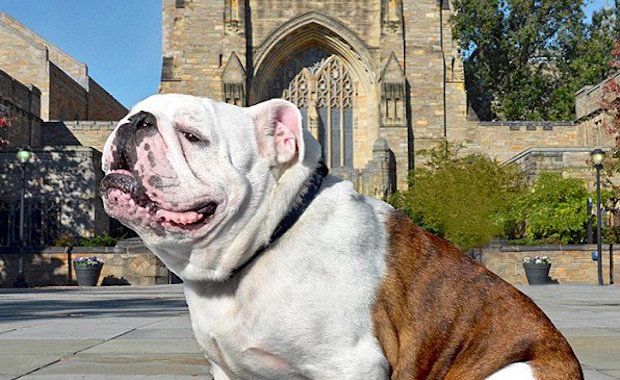 The Bulldog died in Quonochontaug, Rhode Island, while he was with his caretaker. According to Yale University Athletics, the Bulldog’s cause of death was most likely a heart attack.

Yale has no plans yet to pick the next mascot.

Bulldog hot spots are painful and itchy areas caused by different factors. Also known as acute moist dermatitis, these hot spots suddenly show up on dog’s skin especially in areas that are prone to moisture, such as the neck, hips, and in between skin folds. Appearing as red and moist lesions, these patches often exude END_OF_DOCUMENT_TOKEN_TO_BE_REPLACED

This post is sponsored by Suchgood, however, all opinions are our own. One of the first times I took my bulldog out in public, a END_OF_DOCUMENT_TOKEN_TO_BE_REPLACED

I think we can all agree that bulldogs are some of the cutest dogs out there, and they’ve got hilarious personalities on top of that. END_OF_DOCUMENT_TOKEN_TO_BE_REPLACED